Visitors to the Carolina Brewery and Grill in Pittsboro during September will have three visions of the natural world by Chatham Artist Guild members, Kate Ladd, Rita Baldwin and Forrest Greenslade. You can meet the artists at a free reception on Sunday, September 11th from 4 to 6 PM.

Despite their distinct artistic styles and life journeys, Kate, Rita and Forrest tap into a common inspiration – love of the natural world around us. “I create landscapes based on my garden and travels, or just my imagination,” states Ladd. “My recent work is a series of abstract landscapes, mostly themed on the changes in the weather due to global warming,” she adds. Baldwin asserts, “I am a life-long tree-hugger, and am particularly inspired by vanishing places in Chatham County.” Greenslade notes, “I am recapturing what had my interest as a boy of 8 or 10 years old. I spent my working life as a scientist and executive, but now in my dotage, I am sculpting and painting the birds, trees and butterflies that were my best friends as a kid.”

Katherine Ladd (http://www.etsy.com/shop/heronkate) has a degree in Fine Art from the University of Cincinnati. She has shown and sold her work in Chicago, 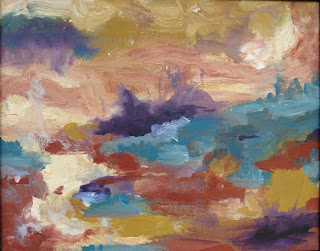 Boston, Santa Fe, and in the Triangle area of North Carolina where she now resides. She is a member of the Chatham Artists Guild and has participated in their annual Studio Tour for over 10 years. She paints with acrylics on canvas and she also has a business in which she does murals, faux finishing and floorcloths.

Rita Baldwin (http://faso.com/artists/ritabaldwin.html) has been a member of Chatham Arts Guild since 2007 and serves on its board. A converted horse barn has 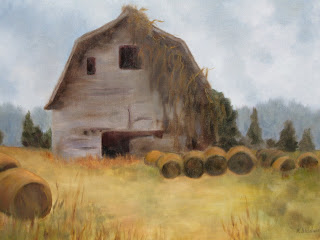 become her studio and gallery. Each of her landscape paintings takes a direction of its own. One day it is influenced mainly by the overriding mood of the scene, another calls for bold palette knife strokes, and still another for a dreamlike softness that captures nature's transience. She is especially drawn to environments in rural areas, remote coastal and river locations. Many of her paintings are done in plein air.

Dr. Forrest Greenslade’s (www.forrestgreenslade.com) organic sculptures and paintings, derived from a life-long love of nature and mythology, have a new look and feel. Greenslade’s work is highly stylized yet clearly grounded in the natural 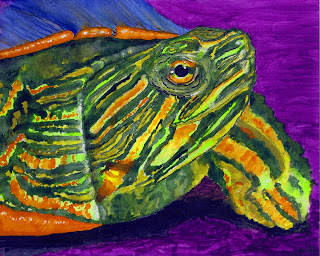 world. His relief paintings are sculptural, built up with inches of thick acrylics and modeling paste to the point that they nearly jump off the canvas. His sculptures are enhanced with innovative coatings and patinas producing color, texture and an illusion of movement. His computer enhanced watercolors are soft and luminous. Greenslade’s use of materials is eclectic. “Because of my scientific training, I tend to be experimental in my choice of media,” he explains. “I use metal, concrete, clay, acrylics, wood, found-objects – whatever tells the best story.” Greenslade is a Past President of the Guild.

Ladd, Baldwin and Greenslade are members of the artist’s community at the Joyful Jewell (http://www.joyfuljewel.com/) in downtown Pittsboro.

The Chatham Artists Guild (www.chathamartistsguild.org) is a non-profit organization of regionally and nationally recognized visual artists. Each year, Guild members open their studios to the public through the Chatham Open Studio Tour. Visitors travel throughout lovely rural Chatham County to meet artists in their own work spaces, and share their ideas on art and the creative process. The 19th Annual Open Studio will be held the first two weekends of December 2011

Carolina Brewery (www.carolinabrewery.com) a locally-owned brewery and restaurant, has drawn international attention for its handcrafted beers. Carolina Brewery is equally dedicated to food and its expanding menu, which raises the bar on traditional bar fare. Both the Chapel Hill and Pittsboro kitchens feature Culinary Institute of America graduates. The Chatham Brewery and Grill is located on route 15/501 just north of Pittaboro.
Posted by Forrest C. Greenslade, PhD at 9:15 AM 35 comments: